If you are interested what is behind the scenes of luxury lifestyles, how a celebrity's everyday life could look like, this list is definitely for you! 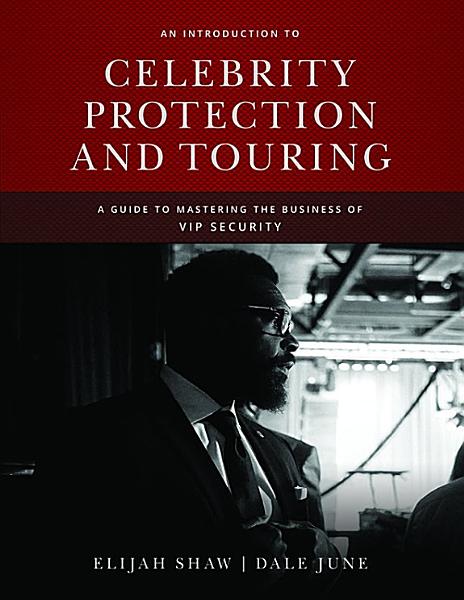 An Introduction to Celebrity Protection and Touring by Elijah Shaw

The book offers a peek behind the scenes of the close protection industry, more commonly known as the bodyguard business. More than the stereotypical bullet blocker, the modern protection specialist is a skilled practitioner who utilizes verbal judo much more than its physical counterpart.

This book, written by industry experts, Elijah Shaw and Dale June, also narrows the focus, centering in on an exciting, but misunderstood, sector that involves working with celebrities ranging from actors to musicians and entering into their world of touring, filming and promotional appearances. While many may think that celebrity protection is one size fits all, nothing could be further from the truth, as you are not only dealing with the protection of the client, but the client's reputation. All this with the added pressure of the entire world looking over your shoulder, just waiting for a misstep.

With real world advice, tactics and techniques on how to identify and defeat potential attackers, as well as covering everything from dealing with overzealous fans, to hyper-aggressive paparazzi, this book offers proven solutions from two experts that have covered the gambit from the Grammy Awards to the White House.

Considered a “unicorn” in the dangerous and predominantly male world of international executive protection, Mary Beth Wilkas acquired a unique skill set over the course of her career that made her one of the most sought-after professionals in the field. But the road from bright-eyed trainee to top operator was anything but straight and narrow.

The Bodyguard's Story by Trevor Rees-Jones

For Trevor Rees-Jones the answer is simple: he was in the same hospital as Diana, fighting for his own life a few rooms away. As bodyguard to her companion Dodi Fayed, he was with the couple when, hounded by paparazzi and with a driver who turned out to be drunk, their Mercedes crashed into the thirteenth pillar of the tunnel under the Place de l'Alma in Paris. Dodi and the driver, Henri Paul, died instantaneously, medics say; Diana was rushed to a nearby hospital where doctors worked feverishly to resuscitate her before giving up in the early hours of Sunday morning.

The Protected by Michael W Trott

Close personal protection can often mean the difference between life and death. But for too many protectees or practitioners, understanding the world of executive protection (EP) can be an intimidating and unfamiliar prospect.

The Protected is an inside view of personal security, intelligence and executive protection written by someone who has lived it for more than 30 years. In this book, former CIA Special Agent and security specialist Michael Trott demonstrates how much EP depends on training, experience, proper intelligence, lessons learned, one’s ability to operate both alone and in a team, and – perhaps most importantly – adopting the proper mindset.

One More Chance: A Bodyguard’s Story by Suzanne Holmes

After retiring from the military serving in Iraq, Colten’s life had changed. His newlywed wife cheated on him while he was away, he had PTSD and everything seemed to be falling apart. Until he got a job as a bodyguard for a famous Pop Star Sienna, being chased by her past and addicted to drugs that were being provided to her by her bodyguard. The unlikely duo got off to a rough start until they started to form a bond during rehab therapy sessions where it became unclear who was helping who. He started to train her and there, she started her journey towards being sober. All was not easy as it seemed, as the duo was faced by an unlikely enemy that set on taking the star’s life. Watch the events unfold first-hand in the book, in a story that is bound to have you biting your nails till the end.